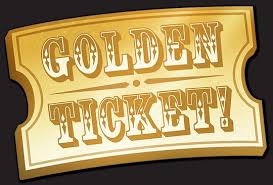 Are You Searching For A Golden Ticket?

In a popular children’s story, the young hero pins all his hopes on finding one of a handful of ‘golden tickets’ hidden among millions of candy bars. It seems many people approach investing the same way.

The notion that the path to long-term wealth is in locating secret and previously undiscovered treasures in the global marketplace of securities is one that regularly features in media and market commentary.

One magazine, for instance, runs a feature called “Fund Managers’ Secret Stocks”, referring to supposedly “bargain” stocks the pros keep hidden. (How the stocks can be secret when splashed on magazine stands nationally is not explained.)

Likewise, a popular business broadcaster regularly tells its viewers about the “under-the-radar” stocks that Wall St analysts don’t want them to know about.

This stuff sells because it plays to a misconception about how markets work; that they are like beaches after a hot day, full of buried treasures. All you need, in this view of investing, is a virtual metal detector to find the money that people left behind.

You could get lucky this way, of course. But basing a long-term investment strategy on stumbling across the equivalent of a mislaid trinket in the sand or a golden ticket in a chocolate wrapper is not one that is likely to be sustainable.

It’s a haphazard approach, reliant on chance and requiring a lot of work that is unlikely to be rewarded. Worse, it means taking unnecessary risks by tying one’s fortunes to a handful of securities or to one or two sectors.

Taking big bets on a single sector or commodity is a bit like buying a chocolate bar in the hope of finding a golden ticket. There’s an element of pot luck and you’re exposing yourself to idiosyncratic risk related to that sector or industry.

On the subject of hidden treasures, gold itself can have a special allure for investors, particularly in uncertain times. Indeed, the yellow metal has had a couple of spectacular runs, in the 1970s and in the 2000s. But there have been long lean times and significant volatility in between, which makes gold a highly speculative bet.

In early 2013, The Daily Mail in the UK carried the headline “Gold Set to Shine Even More Brightly in 2013”. The rationale was that with investors scouring the world for “safe havens”, gold could reach as high as $2,500 by year end.1

Now, adopting some exposure to gold may well suit some investors as part of a broadly diversified portfolio, but taking speculative bets on a single commodity, sector or stock is more akin to blind hope than to anything else.

Not to be outdone, The Australian newspaper each year runs for its readers its “Top 100 picks” for the year. Published in late 2012, its tips for 2013 included a “golden glow” section of picks in the gold mining sector.

But those who counted on a gold rush might be ruing it now. Of the newspaper’s eight chosen stocks, returns last year ranged from -22%, at best, to -78%, at worst, in an overall market that delivered a positive return of nearly 20%.

Outside gold, The Australian singled out five other “hot punts” elsewhere in the mining sector – little neglected nuggets hidden from view.2 Of those stocks, only one beat the overall market’s gain in 2013. The other four were truly dismal performers, their losses for the year ranging from -68% to as much as -85%.

The popularity of media stories about hidden bargains and undiscovered stocks is understandable. Like townsfolk in a bar overhearing the boasting of gold diggers down from the hills, we desperately want to believe in El Dorado. But this sort of speculation is really no different than gambling.

In contrast, sound investment starts with identifying the risks worth taking and minimising the risks that don’t come with an expected reward, like taking a big bet on gold. You can reduce risk and increase flexibility by diversifying.

It’s true that you can get lucky the other way, like the boy in the chocolate factory story. But the chances are against you.

And keep this in mind: The best investment may not be the golden ticket anyway.

With thanks to Jim Parker, Vice-President, Dimensional Funds Manager